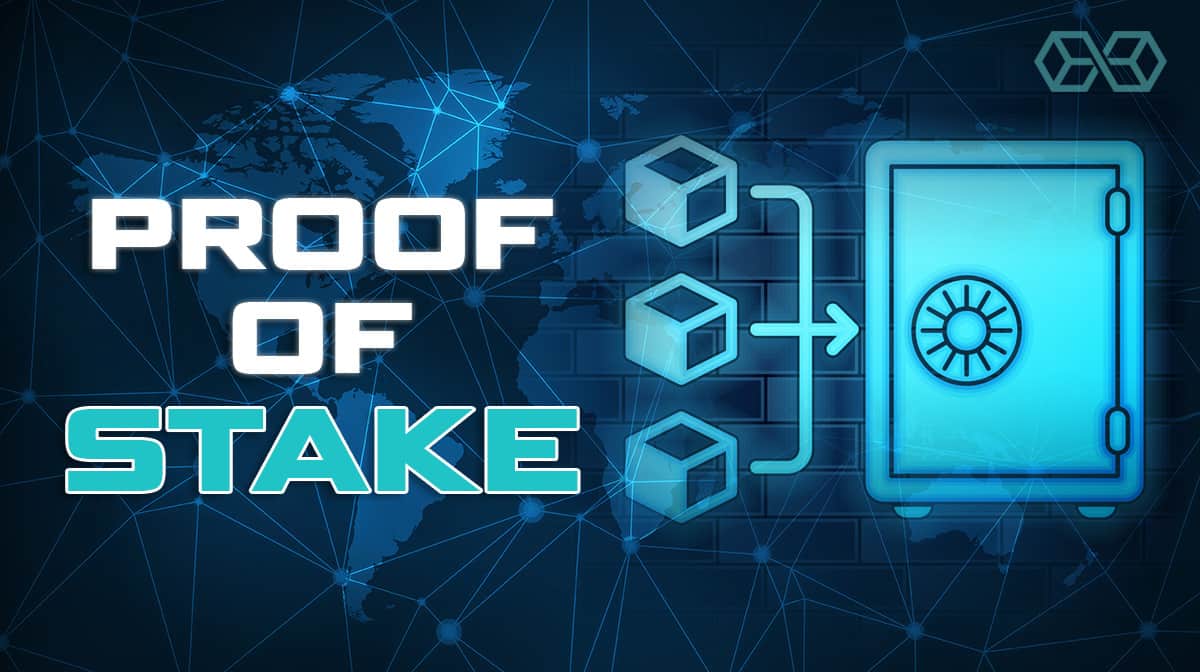 Proof-of-stake is a method of maintaining the integrity of a cryptocurrency, preventing users from printing extra coins they didn’t earn. While a different method, called proof-of-work, is currently used by Bitcoin and Ethereum – the two largest cryptocurrencies by market capitalization – Ethereum has plans to migrate to proof-of-stake to make the platform more scalable and reduce the energy consumption of the network.

To put it simply: Proof of stake is basically a process used to validate crypto transactions through staking.

Both proof-of-work and proof-of-stake are what are called “consensus mechanisms,” the method by which a blockchain maintains its integrity. Consensus is what addresses the “double spending” problem of digital money. If there were any way the user of a cryptocurrency could spend their coins more than once, it would undermine the entire system. The currency would be worthless.

This is a tricky problem, especially with online currencies that have no central authority, such as a bank or a government, to keep track of how much money each person has, how they’re spending it, and whom they’re paying.

The Bitcoin network was the first to solve this problem with proof-of-work. Proof-of-stake has emerged as a possible alternative that some researchers think is both more energy-efficient and more secure, though there’s debate about this.

In PoS, the nodes of the network commit “stakes” of tokens for a set period of time in exchange for a chance at being selected to produce the next block of transactions. The node that’s chosen - referred to as the “validator” - will receive the block rewards in the form of the native token of the network.

How does proof of stake work?

To answer the question “what is proof of stake,” we must first define what it means for blockchains to achieve consensus.

Blockchain is a decentralized distributed ledger of transactions. Because there’s no single server controlling the network, there has to be some way for everyone to agree on which transactions are valid. Otherwise, it would be possible for people to create fake transactions.

The servers in a blockchain are called “nodes.” Nodes process transactions. Some nodes have the ability to add blocks of transactions to the chain, maintaining and growing the ledger. In Proof of Work (PoW) networks (which we’ll cover later) like Bitcoin, these nodes are referred to as “miners.”

For PoS, nodes commit funds to the network - a process known as “staking” - for a chance to be chosen as the next block writer instead of nodes competing with each other to be rewarded for solving cryptographic puzzles, as is the case with PoW.

In PoS networks, nodes that can add blocks are called “validators,” which are individuals who are responsible for verifying transactions on a blockchain. Each validator has a chance at being selected to write the next block and receive its rewards.

It’s kind of like a lottery - the larger the stake of tokens committed, the higher odds that node has of being chosen. “The choice of the next block writer, the next validator, is a pseudo-random process that’s determined by the size of the stake that you as the user have dedicated to the network,” says Daniel Gould, CEO, and co-founder of Nodamatics.

PoS can improve upon some of the biggest problems presented by PoW, namely:

A quick tip: For a deeper understanding of PoW and how it first made digital currency possible, read the Satoshi Nakamoto white paper .

Which cryptocurrencies use proof of stake?

A growing number of the most popular cryptocurrencies use some variation of the PoS protocol. Here’s a partial list:

These networks aim to accomplish a variety of different tasks.

Cardano and Solana are focused on providing smart contract functionality, much like Ethereum.

Cosmos helps different blockchain communicate with each other.

Tezos is designed to allow for the creation and trading of security tokens.

Because there is no “mining” involved in PoS, PoS networks often start with a “pre-mine,” where the entire supply of tokens is brought into existence at once.

What is Proof of Stake? Proof Of Stake Explained